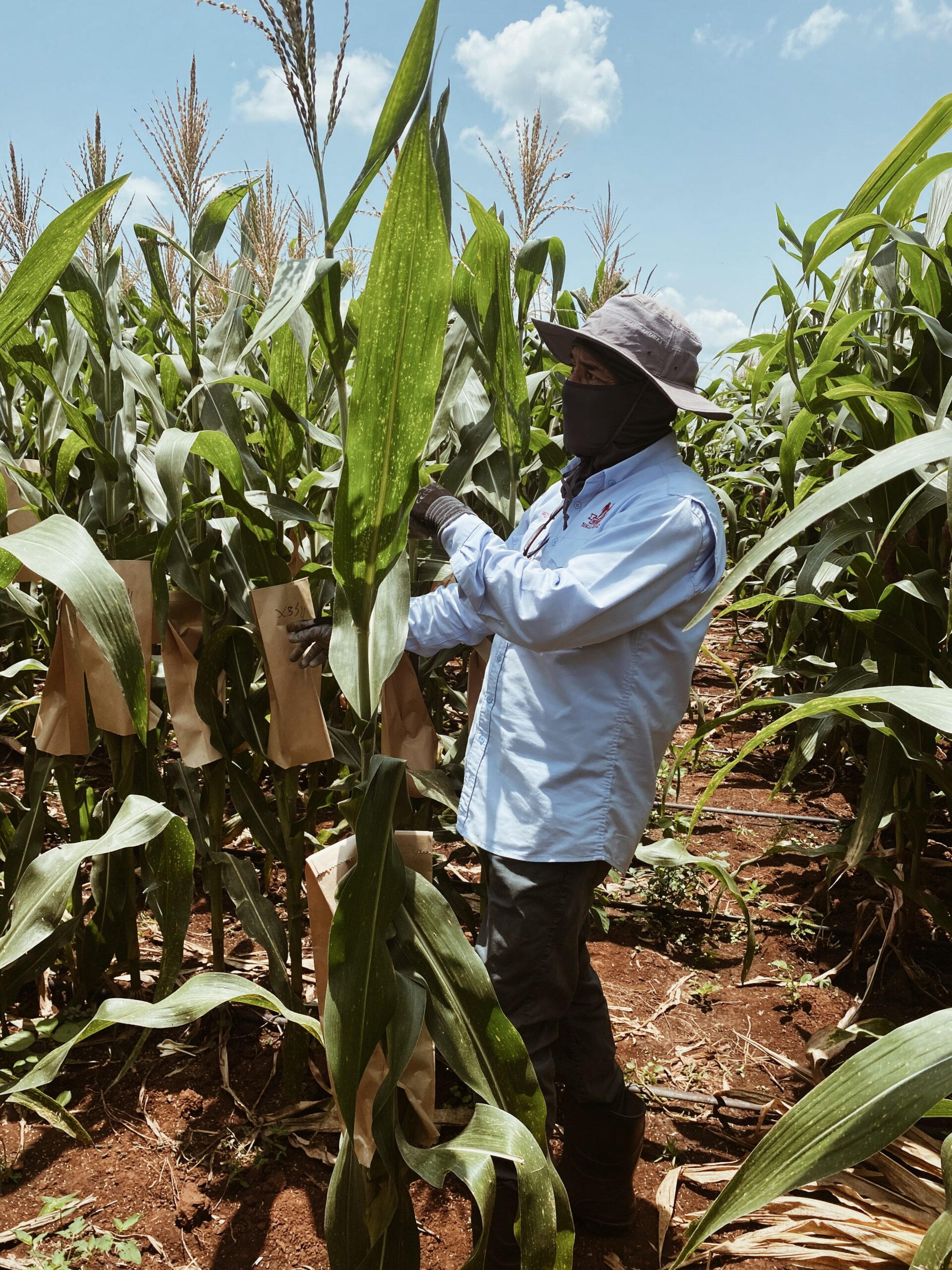 Fredy left his previous job at Duwest to join the Semilla Nueva team for one major reason: “[Semilla Nueva] said, ‘We are going to sell seed’ and I said, ‘Done!’ This is the best option to make this sustainable. It is not an NGO that comes, gives [things] away to everyone, and when two years are up, disappears.”

He adds, “It was clear that Semilla Nueva needed a plant breeder to develop a product that would create impact through the market… You have to play by the rules of the market; you can’t change them. I liked this a lot because it generates the possibility of offering a sustainable solution to the problem of malnutrition.”

It was less than two years ago that Fredy began his new role as Semilla Nueva’s Research and Development Manager, and he and his team hit the ground running. If Fredy had to pick a favorite moment at Semilla Nueva, it would be the day that his team harvested the first batch of 272 hybrids, the day that he saw his team’s patience and persistence pay off: “I had planned for 300 [hybrids], hoping for 250. When I say plan, I mean that first we organized it on paper, then we obtained the seeds, built the nursery, and planted the seeds.”

After a series of tests and evaluations during the months that followed, two new hybrids showed yields competitive with the best seeds in the Guatemalan market and similar nutrition levels to our existing seeds. These hybrids are undergoing further evaluations in 2022, will be tested by farmers in 2023, and launched commercially in 2024! Our aim is to provide mothers and children with the nutrition that they need while also helping farmers double their incomes and respond to increasing droughts and storms from climate change.

Anyone that spends more than a day at Semilla Nueva’s experimental farm in San José la Máquina, Suchitepéquez would be remiss not to notice the sense of comradeship so tightly woven into the research and development team’s fabric. Fredy, a thoughtful and dedicated leader, guides and trusts his mighty team of nine to deliver results. He also has goals and plans for each one’s professional development. To name a few, he hopes for Edy and Kevin to acquire the skills and experience to become great plant breeders and for Ana and Daniela to become experts in the laboratory equipment. He goes on to say, “I like to make sure that each member of my team understands exactly what their role is and how important it is for the entire organization. I tell them that if they have a new idea that will help things work better, tell me, and if it shows promise, we’ll give it a go.”

Fredy recalls a particular instance when his team had wanted to plow the fields during the dry season. One member had expected to irrigate the field but Fredy told him that it was not within the program’s budget. That’s when Hugo Chinchilla, Semilla Nueva’s evaluation and production field technician, came to Fredy with a solution. He proposed to open a path that would allow them to water the field little by little—and it worked!

“Sometimes the ideas work, sometimes they don’t, but I think the benefit is not whether the idea works or not. The benefit is that the team feels comfortable speaking up, sharing their ideas, and telling me how things can be done better.”

When asked decades ago, “How’s it going?” Fredy had replied, “I have been messing things up a lot.” His beloved professor’s response is one that Fredy has not forgotten: “Never get tired. Never in life get tired of messing things up. When you mess things up, it means that you were aiming for something and it did not go as planned. But if you never shoot for anything and never implement anything, you’ll never know if it could have worked or not. Through this, good things will always come out, you will learn a lot, and you’ll improve constantly.”

This message has stuck with Fredy all these years and informed how he leads: “I also tell my team: Don’t get tired, keep making mistakes, though try not to,” he chuckles.