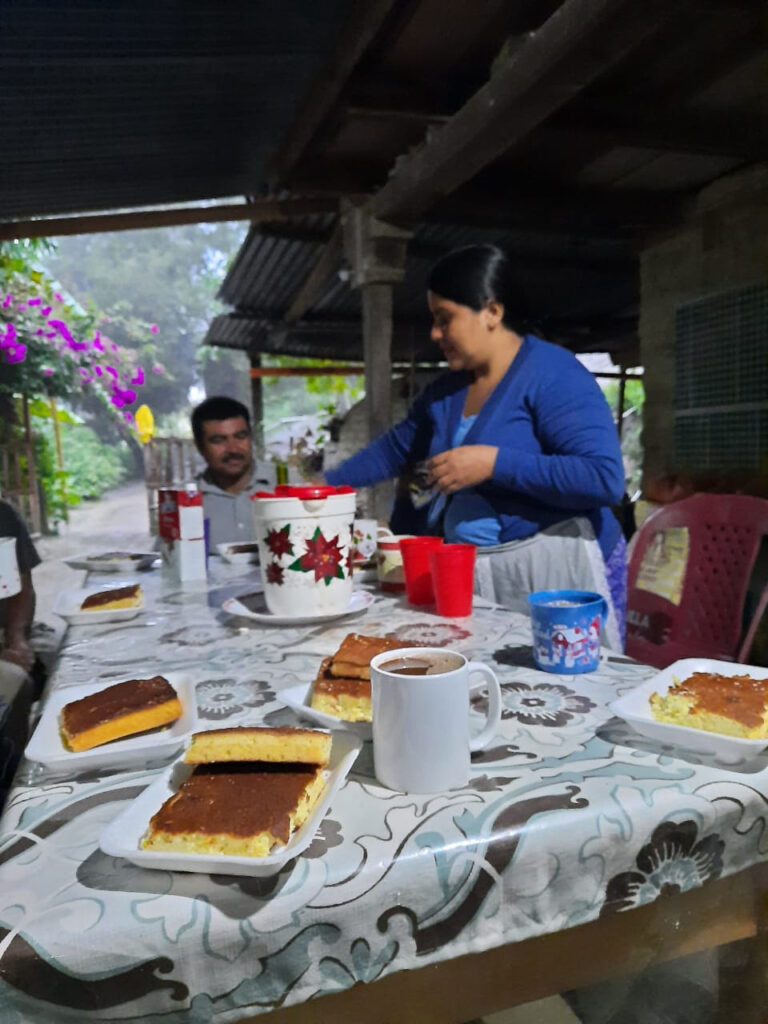 Maynor’s Story: The opportunity that gave him the means to stay in his community, Quiché.

Maynor’s family owns a single acre of farmland in the community of Palquí in Uspantán, Quiché. In years past, his father, José, used this land to raise chickens, goats, and pigs, and grow corn, tomatoes, and fruit—but mostly green beans. Still, a third of this acre of farmland was reserved for growing corn, yielding 500 of the 2,000 lbs of corn that his family consumes each year. In order to purchase the remaining 1,500 lbs of corn in the local market, José relied on his earnings from the green bean harvest.

In recent years, however, his green bean plot no longer yielded the same quantity of beans nor did the beans receive their asking price in the market. Money was especially tight in 2019, when Maynor’s younger brother Moises was 19 years old, frustrated with the lack of economic opportunities at home, and felt he had no choice but to migrate to the United States in search of a living wage.

Fortunately, things have begun to look up economically for Maynor and his family. In 2020, Maynor participated in Semilla Nueva’s demonstration parcel project, where he planted the third of an acre of farmland reserved for growing corn with our F3 seed, and his family tried more nutritious corn-based recipes like cornbread, atol, tamales, grilled corn, boiled corn, and corn tortillas.

Maynor was blown away by the corn’s performance. His third of an acre of F3, yielded 1,200 lbs. of corn, more than double what his previous seed yielded—and enough to feed his family of four for seven months.

Maynor had every intention of making the same difficult journey north to join his brother, but has decided to stay in his community in Uspantán, having experienced first-hand new possibilities for farming, especially with our biofortified seed. With the extra income they plan to make, he hopes to help his youngest brother, 11-year-old Heber, continue his studies and become a professional.

Nearly half of Guatemala’s poorest people participate in producing corn. Nearly all of Guatemala’s poorest people are at high risk of malnutrition because of a diet that consists almost entirely of corn. Our goal at Semilla Nueva is to repeat Maynor’s story a hundred thousand fold—ensuring that every farmer has an opportunity for a more prosperous life—and every child has the opportunity to grow up well-nourished and healthy.